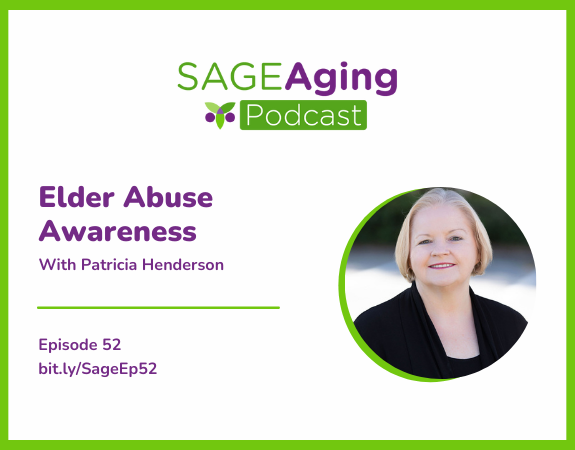 I hate that we need an awareness day like this, but the truth is that one in 10 adults over the age of 65 has been a victim of some type of elder abuse at one point or another. That’s a little bit shocking, isn’t it? Sad but true. In this episode, we explore the types of elder abuse and what we can do to protect ourselves and our loved ones.

For this episode, I was joined by Patricia Henderson. Patricia is the Outreach Manager and Community Liaison at Senior Connection Center in Tampa, Florida. Patricia has been serving older adults in central Florida for the past 12 years, at least knows her way around age-related issues. To learn more about Patricia and the Senior Connection Center, as well as any websites/resources we mentioned in the show, see the Links & Resources section below. 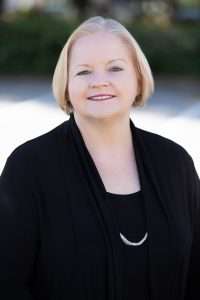 This is not a fun topic, but a very important one. The more we talk about it, the less likely it is that it will happen. Do your part by digging deeper into the resources provided here and then spread the word! Send this post and podcast episode to others and ask them to do the same. Together we can all make a difference.

If you are finding value in the podcast, I’d really appreciate it if you would leave a positive review and share the Sage Aging podcast with a friend. If you have topic ideas you’d like to share, we’d love to hear from you. Drop us a line at info@Sageaging.us

Are You Receiving Our Weekly Newsletter?

Get weekly Sage Aging episodes sent straight to your inbox when you register for our weekly newsletter. In addition to the latest episode of Sage Aging, you’ll also get bonus content, tips, suggested reading, and more.

Liz Craven, along with her husband Wes, owns Pro-Ad Media, publisher of Sage Aging ElderCare Guide, serving the local community for over 28 years. Liz lives in Lakeland and is very active in the local community, specifically in the area of aging. Liz serves on a number of local boards and committees including the Lakeland Vision and Age Friendly Lakeland. 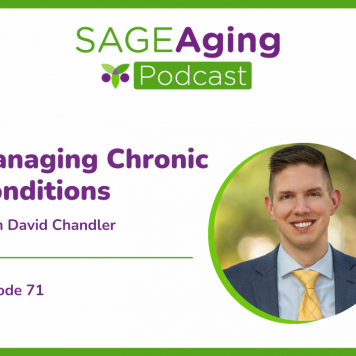 What is “Normal” anyway?

Keep Informed About Senior Related News!
Go to Appearance > Customize > Subscribe Pop-up to set this up.
Change Location
Find awesome listings near you!